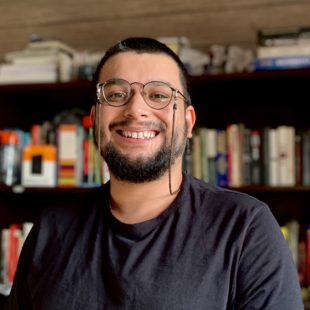 Ishan is an environmental journalist based in India. He has written extensively on environmental and developmental issues ranging from forest governance to energy, within a framework of political ecology. His reporting adds a human lens to the broader debates around environmental policies and problems. His story “Lost in the game” on the ‘disappearance’ of three Wildlife Sanctuaries in the iron ore-rich East Indian state of Jharkhand and “Marked for Coal” on the dilution of forestland diversion laws to make way for coal mining have led to court cases in India’s National Green Tribunal and Supreme Court, respectively.

Ishan has trained journalists on how to cover environmental issues and served on a Delhi High Court appointed committee to look into tree-felling for a road expansion project. He has been on numerous TV and radio shows, webinars and panels as an expert on environmental issues. He is a recipient of grants by the United Nations Environment Program and the Earth Journalism Network and the youngest awardee of the Prem Bhatia Excellence in Environmental Reportage, 2019. In the rare case when he is not chasing a story, you will find him buried in a book, or writing poetry which does not rhyme.

Indians are breathing the most toxic air in the world. The country is pumping out groundwater and cutting down forests at alarming rates. Agriculture and food systems are facing stress, even as land conflicts multiply. This reporter investigates the difficult choices that India faces in building a sustainable future.