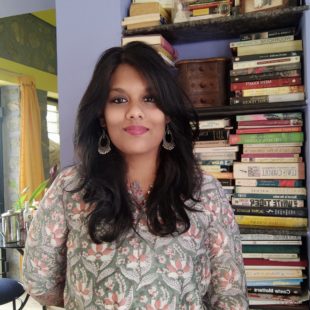 After receiving a BA in Journalism, Johanna Deeksha got her Masters in War and Human Rights Journalism from the University of Lincoln, UK. She started her career with Deccan Chronicle, a daily newspaper. There, she covered the courts and crime. The Madras High Court passed a suo motu order on her story about lack of toilets for women advocates affecting their health and work.

In 2016, she joined the New Indian Express and covered daily city news. A year later, she started covering higher education across the country and the public school system in Tamil Nadu. Her main focus was on caste, gender discrimination, marginalisation, reservation policy violations and other social disparities in education.

In 2018, she participated in the National Geographic/Out of Eden Walk Slow Journalism Workshop. Johanna received training from the Thomson Reuters Foundation on LGBT+ Rights Reporting and later. She received a TRF grant to report on how transgender people are reclaiming and renegotiating spaces in rural areas. Johanna was recently awarded the Woman Achiever in Media Award by QIAMS media institute.

Half of India’s population is below the age of 25. What are the resources available to them to build their lives? How robust are India’s health and education systems? What challenges do Indians face in accessing affordable healthcare and quality education?