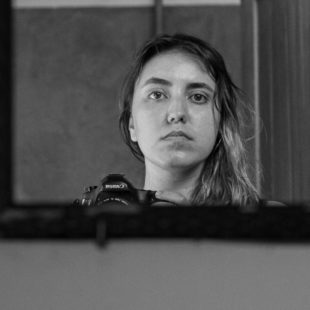 Julia Dolce is a reporter and photojournalist who has covered indigenous peoples and socio-environmental conflicts in both the Amazon and Brazil’s tropical savannah, known as the Cerrado. Dolce’s experience prior to becoming a Report for the World corps member includes reporting for the Agência Pública, the agribusiness observatory De Olho nos Ruralistas and the newspaper Brasil de Fato. She is based out of the state of Pará, nestled in the eastern portion of the Brazilian Amazon.

This reporter covers topics related to indigenous peoples, quilombolas, riverine communities, and other traditional peoples, as well as the use of natural resources and the impacts of the climate emergency on the Amazon.