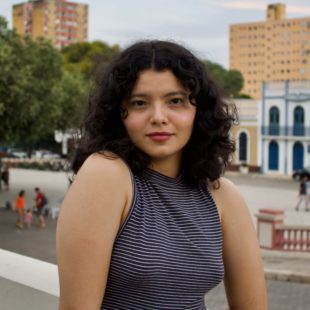 Jullie Pereira, a graduate of Federal University of Amazonas (Ufam), founded, in 2020, Abaré, an organization focused on local journalism and media education, based in Manaus. She has worked for local outlets, covered social-environmental issues for Amazônia Real, and also has been publishing in national outlets such as Folha de S. Paulo, Uol TAB, and Estadão – where she was also a trainee. Jullie was born and lives in Manaus, in Amazonas, Brazil, where her work focuses on socio-environmental and human rights coverage.

This reporter covers topics related to indigenous peoples, quilombolas, riverine communities, and other traditional peoples, as well as the use of natural resources and the impacts of the climate emergency on the Amazon.